The new legal system defines still a set of amendments to Law n. º 23/2017 of 4 July concerning some categories of immigrants. Therefore:

– Facilitation of a specific system for entry into the national territory for seasonal work, by the issuance of a short-term visa specific for working hours of less than 90 days, and those interested keep their place of residence in a third State;

– Introduction of two new categories of investment for the granting of the residence permit for investment (ARIs): the transfer of capital for the constitution of companies or for the reinforcement of the company’s share capital already existing and the transfer of capital dedicated to investment of companies, which are submitted to the process of corporate recovery (PER). Moreover, the reduction of amounts less than those previously required of capital transferred for the acquisition of units in units of investment funds or of venture capital dedicated for the capitalisation of small and medium-sized enterprises which, for that purpose, present their viable capitalisation plan;

– Introduction of residence visas and authorisation permits for teaching activity and for cultural activity, allowing the difference between the activity of investigation and the teaching activity in a teaching facility or of vocational training, adopting a better definition of the system of entry and stay of these categories of immigrants;

– Implementation of a certification regime for higher education institutions and other entities for hosting students, internships and voluntaries, in general, through the adoption of Directive (EU) 2016/801, allowing a faster processing and simplification of treatment of their requests of visas and of residence permits;

– Introduction of an exception system for the granting of a residence permit for the activity by immigrant entrepreneurs, with the possibility of residence visa exemption, corresponding to an effort of attracting all new business models, connected to technology and innovation, in order to contribute for a more competitive economy by attracting foreign entrepreneurship. For that purpose a mechanism for certification of companies/incubators for hosting of foreign entrepreneurs, determining the residence visa as a “Startup Visa – Decree Order n. º 344/2017 of 13 November;

– Introduction of a certification regime of hosting entities, more attractive, adopting a better definition of the entry and stay regime of entrepreneur and highly qualified immigrants; – Introduction of a new type of residence permit, a special regime for the delocalisation of companies of other Member States to Portugal, in which one can recognise the resident status assigned by other Member State to its holders, administrators and workers;

– With the transposition of Directive 2014/66/EU, Law n. º 23/2007 allows for companies with head office in Member States of the European Union the temporary transfer of their managers, specialists and internships for its branches and affiliates located in Portugal, either in a permanent regime of for mobility purposes.

SEF Legispédia
Immigrant and Borders Service’s project for clarification of those dealing with foreign nationals situations and seeking information on legal framework and the administrative practice concerning the wide set of issues addressed by the legal regime in force.

The VIS is a system for the exchange of visa data among Schengen Member States. These States share a common area of free movement without internal border controls. They have a common visa policy which includes exchanging information on visa applicants.

The VIS is a system for the exchange of visa data among Schengen Member States. These States share a common area of free movement without internal border controls. They have a common visa policy which includes exchanging information on visa applicants.

The visa applicant’s biometric data (10-digit finger scans and digital photograph) is collected. It is a simple and discreet procedure that only takes a few minutes. Biometric data, along with the data provided in the visa application form, is recorded in a secure central database. Data is kept in the VIS for 5 year.

Any person has the right to be informed about his/her data in the VIS. Any person may request that inaccurate data about him or herself be corrected, and that unlawfully recorded data be deleted by lodging the form for this purpose and sending it to the following e-mail dcid.ucipd@sef.pt . 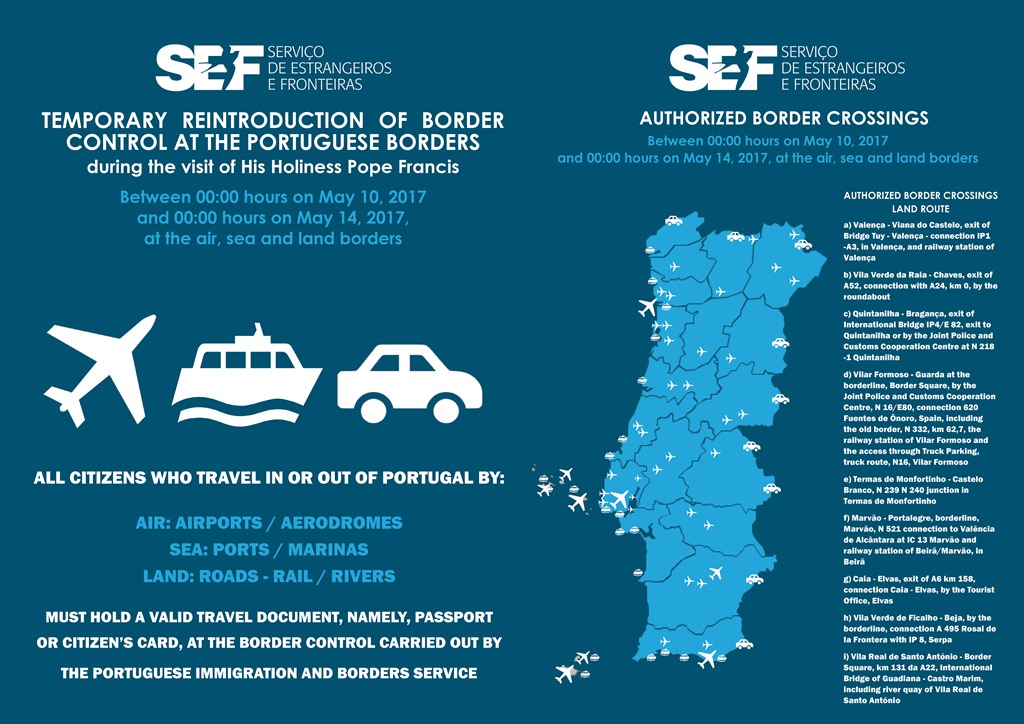